How DevOps and CI/CD contribute to Antifragility

By Jan de Vries on November 24, 2020 in Thought Leadership

I started exploring DevOps back in 2013. After my upstream journey from programming via designing and requirements engineering to strategy development, I started my downstream journey to examine how strategy can be implemented more quickly and what obstacles need to be overcome in order to do so. I came across literally all the waste that is covered in DevOps literature. And I saw the mess left by Frederick Taylor’s ‘Principles of Scientific Management’. There are people working in silos, there’s a lack of creativity and inflexible structures. There’s much work to be done.

To quote W. Edwards Deming, ‘survival is not mandatory’. If coping with a VUCA world (volatility, uncertainty, complexity, and ambiguity) is wanted, however, organizations need antifragility.

What Antifragility is and why it matters

Antifragility is the exact opposite of fragility. Until 2012, when Nassim Nicholas Taleb wrote his book ‘Antifragile’, we did not have a word for the exact opposite. We would call it robust or resilient. Let me explain these four concepts.

To assess the antifragility of an organization (or a system) you should measure the three following aspects: nonlinearity, optionality, and transferring fragility. This theory can be translated into a series of examples of best practices:

Finally, there is a connection. If one party has the downside and another party has the upside, fragility is being transferred from one party to another. When developers build crappy software, the Ops department is facing the consequences. When the Ops department is blocking changes, the developers are facing the consequences. The reverse is skin in the game. That’s when a person has something to lose in a given situation.

Without DevOps, Dev has no skin in the Ops game and Ops has no skin in the Dev game. If you put them together in one team they all have skin in each other’s game, which is to say, a mutual sense of responsibility, trust, and understanding.

All the DevOps principles have a connection with antifragility:

Regarding the competence model, there is obviously a clear relationship with the skill areas. There are two competence areas in particular that are worthy of being considered in this setting:

Both DevOps and Continuous Deployment are antifragile. A lot of practices that DASA mentions are also antifragile, like AB-testing, microservices, and focus on MTTR (mean time to repair). On a future opportunity, I’d like to expand on the importance of DASA to consider all the fundamental antifragility concepts that should not be neglected. 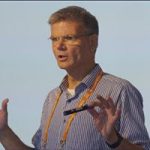 Jan de Vries is a senior trainer, business IT consultant and public speaker in the fields of Business Information Management, DevOps, Scaled Agile and Antifragility….

Home / DASA Blog / How DevOps and CI/CD contribute to Antifragility